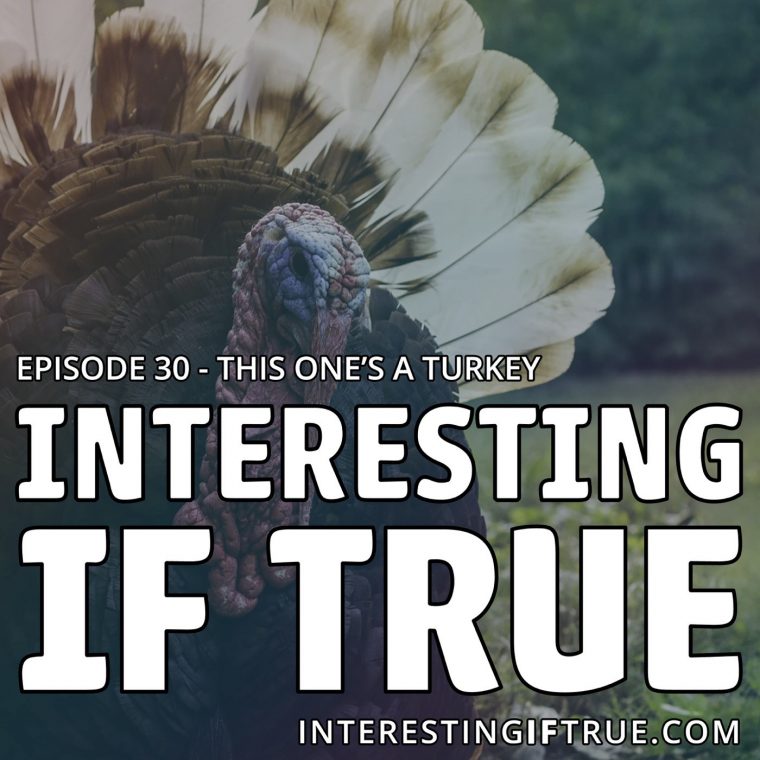 Welcome to Interesting If True, the show that’s finally angered someone with the power to strike us down…

I’m your host… ish, this week Aaron and with me is the turkey I’m prepping for Thanksgiving. The rest of the hosts are all off in the world in varying degrees of unwell. And yes, there’s some ‘rona, but also some not ‘rona. So if you’re thankful for the laughs this show provides stop by facebook.com/interestiniftrue and wish Jenn, Jim, or Shea well, I’m sure they’d appreciate it. Jokes and plees for sympathy likes aside, being sick sucks but as far as we know everyone is doing well and will be back to regale you with strange and silly stories shortly.

And with that, let’s go to the archive, Jenn;

You can never be too rich or too thin, right?

So, since many of us who briefly cared no longer do, let’s talk about diets and how silly and useless they are. Also some crazy and potentially dangerous a few in years past were.

Weird diets are by no means ONLY a thing of the past of course. I’m not talking about the vegan lifestyle, gluten-free (whether needed or not) or the no processed/no sugar thing. Just a few current ones by people we’ve heard of: There’s the Master Cleanse (which is a diet consisting entirely of tea, lemon juice, maple syrup and cayenne pepper) used by Beyonce, Demi Moore and singer Ashanti (to name a few). Trump-buddy and Mr. Super Bowl Tom Brady created his own diet the TB12 (1 guess what the TB stands for) that peddles baseless and weird claims such as “the “right foods” are “alkalizing” and “anti-inflammatory.” Alkaline foods lower his pH level, he writes, which can help with a range of ailments, from boosting low energy to preventing bone fractures.” Which is…not true. (It’s not technically an unhealthy diet, he’s just making up shit about what it does.)

Finally, the really adorable and charming actor from Parks & Rec who was swallowed whole somewhere in another Galaxy by this new White Man(™) conservative evangelical, Chris Pratt touts the benefits of the Daniel Fast, a biblical based ‘wellness based’ program. To keep it simple, it’s a 21 day restrictive fast and 40 days overall, was developed by mega-church pastor Rick Warren, and involves lots and lots of prayer.

Ok, so now that we’ve discussed that weird diets are obviously a thing of the present, let’s discuss some of those of the past that crank up the weirdness to 11 and a half:

In the 1920’s cigarette brand Lucky Strikes created one of the most famous early advertising taglines: “Reach for a Lucky instead of a sweet.”

“Light a Lucky Strike when you are tempted to eat between meals. They satisfy the craving for sweets and rich pastries. That’s why thousands now reducing (dieting) smoke them constantly.” – Lucky Strike ad, 1928 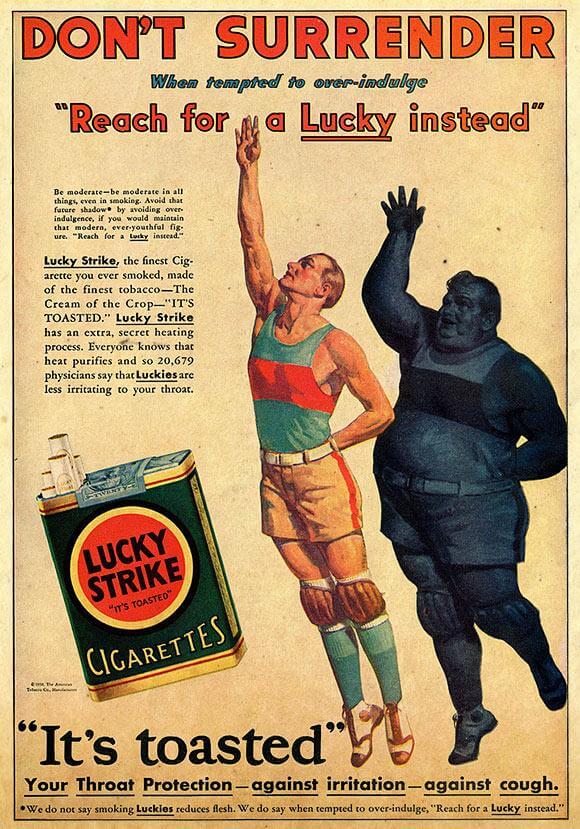 And don’t think this was only focused on the ladies and a slim figure only. Nope, it also promised to keep men strong, fit and athletic!

Please note health promise at the bottom the advert

So moving forward just slightly in time but probably not really in healthiness, let’s discuss the diet craze of the 40’s-early 70s: SPEED! And boy was it prevalent.

If the name Susanna McBee doesn’t ring a bell, she was an undercover journalist who helped bring to public attention to just how many mama’s had little helpers. She published a piece in 1969 that detailed exactly how easy it was to keep an amphetamine addiction going strong. From Smithsonian Magazine online: “Susanna McBee walked into the office of a doctor she’d never met before, submitted to a three-minute physical, and walked out with hundreds of colorful amphetamine pills. Then she went to another—and another—and another. At every doctor’s office, she was prescribed diet pills containing the potent stimulant, sometimes handed to her by doctors before she’d even spoken a word.”

A quick bit of history: Benzadrine, one of the most popular brands, had been used since the 30s for assorted issues just as sinus congestion (No joke, it was a cotton ball soaked in the drug and inhaled through an inhaler. You didn’t need a prescription to get a Benzedrine inhaler, and some patients soon realized that they enjoyed the inhaler’s stimulant effects more than a clear nose. They started prying open the inhaler, taking out the cotton, and either eating or injecting the drug.) and nerves, alertness and PTSD for World War II soldiers. Of course PTSD had yet to be coined as a term yet, instead it was referred to as “combat fatigue”.

The US of course weren’t the only country to hype up their soldiers and then assign goofy euphemisms. Germany gave their troops meth and called it an “alertness aid”. Japanese kamikaze pilots also juiced themselves up before their final mission.

So anyway, an unexpected side effect turned out to be a substantial decrease in appetite. So after the war ended and the men came home, their women took up the Benzadrine banner and wives had never been slimmer and kitchens had never been cleaner.

Smith, Kline & French, the company who produced Benzadrine, hired scientist Charles Ivy to determine the effects for this as a potential diet aid. Considering how Ivy was the scientist who introduced and headed the program to keep the troops supplied with the pick me ups, unsurprisingly he concluded that amphetamine was 100% safe for weight loss. SKF went on to diversify its amphetamine business, peddling the drugs for both weight loss and depression for decades.

Finally, my own personal favorite of the ye olde timey weight loss plans! It’s something of a buddy system, so that’s always more encouraging. It starts with a pill…containing a tapeworm egg! Once it hatches the idea is that it eats part of whatever the person ingests, helping you to both lose weight and not worry about pesky calorie counting.

We have the Victorians to thank for this particular parasitic plan. They of the whale bone corsets and the ideal “perfect 16in waist”. Seeing as that is physically impossible without fashionable torture devices, it’s not surprising they turned to… let’s say unconventional methods.

This particular stradegy still exists today, at least as an IDEA. There are many legends of early Hollywood starlets using this method to keep the pesky pounds off (side note: I remember an episode of the old E channels show Hollywood Babylon discussing an early actress who, while taking a bath, was shocked to notice the worms slithering out of her into the water), but for the most part they are unable to verified or outright exaggerations. There are also persistent rumors today of Mexican clinics who, for a couple of thousand dollars, will give you a “full tapeworm treatment”. These claims are dubious at best, plus a visit to few countries with loosey-goosey water purifications and food safety laws would do pretty much the same thing.

So it turns out the tapeworm trend may have been more urban legend than actuality. And of course, the creepy little critter isn’t in your tummy just taking a few bites of your meals, it is actually absorbing necessary nutrients and other things that you actually need.

To finish this up with some fun facts, as infestations by tapeworms are actually a real thing, here are some historical methods that were used to cleanse the host. (Effectiveness not guaranteed.)Per Snopes: “Tapeworms are hard to get rid of. They had the person starve himself for days. Then they set a bowl of hot milk in front of the person. He had to keep his mouth open. After a while the tapeworm began to come up his throat ’cause he smelled the milk. They kept moving the bowl further away until the tapeworm was completely out. 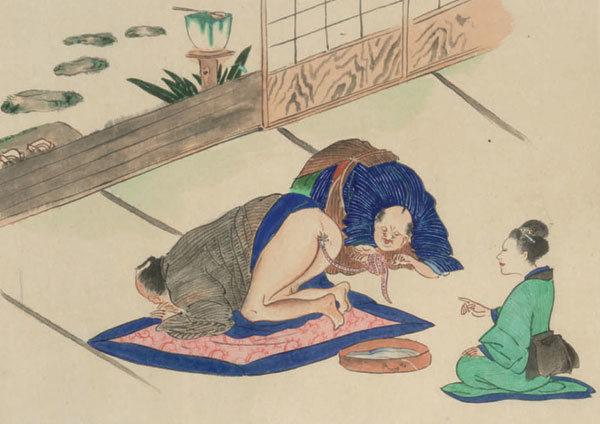 Other versions of how to draw out a tapeworm include placing milk, cookies, and a hammer near the afflicted person’s anus for a few nights and letting the tapeworm gorge himself into complacency on the treats. Once this has been accomplished, the cookie is withheld. When the worm comes all the way out to demand, “Where’s my cookie?,” whoever is stuck with worm-watching duty that night bashes it with the hammer. An alternative vermifuge calls for 29 steaks and a hammer: The patient eats a steak for 29 days in row, then fasts on the 30th day. The worm becomes closely acquainted with the hammer when it emerges to demand its T-bone.”

Thanks for listening to Interesting If True, if you like what you heard and think your friends might too, share us on the socials, leave us a good review wherever you’re listening, or subscribe at Patreon.com/iit where, for as little as a dollar a show, you’ll get a patron-exclusive story each week, episodes of our sister show 4 More Beers, outtakes and more!

This wasn’t just live-to-tape, it was wiki-to-tape! Check out the details here if you’re interested https://en.wikipedia.org/wiki/Emu_War

I’m Aaron, and I’d like to thank all our listeners, supporters, and my co-hosts… turkey.