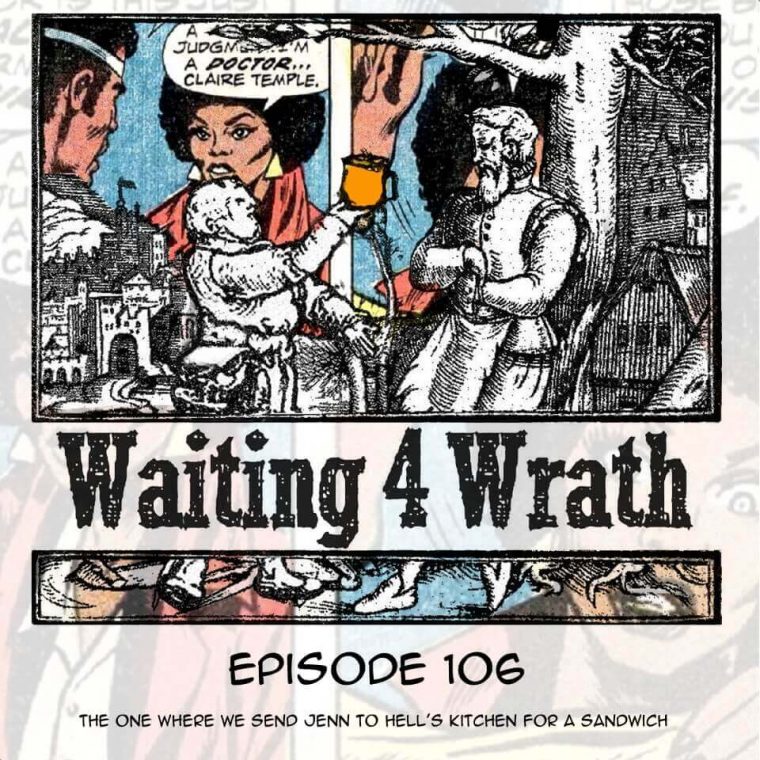 In this week’s show, episode 106, we have to talk about the fucking election because of fuck. Fuck!

Now, grab a beer and help us test the god hypothesis — because, while Fenrir, the Norse wolf-god of Destruction, hasn’t struck us down yet, we are trying his patience!

This week I learned that vitamin C is Spanish for vitamin yes.

Did you know the Inuits believed in reincarnation? The goddess Pana supposedly cared for the souls until there were born again (but not, ya know, in that Christian way).

Crystal from Literally, A Podcast

Despite generally shitty election news, there are some rays of hope. For example, ironically named homophobic ass muppet and wage gap monger Gerald Gay will no long be a state representative for Casper.

We have a new patron, Cervantes, renowned writer of Don Quixote, which in today’s USA seems especially poignant.

This week we’ve got Big Gay Jim on to talk about the Trumpocolypse.

Hello, Wrathful studios. This is Dr. Hannibal Lecter. I wanted to express my appreciation for your tasteful reviews and to give a message to Aaron. I understand that you’re upset that you have no fans, but you must remember that fan is short for fanatic and Aaron you have a fan in me to talk.

Up note from Jim…

Jim’s story on the Trumpocalypse http://bit.ly/2fZYcok

Comes from Jim! And from John Pavlovitz’s blog “Stuff That Needs to be Said” http://bit.ly/2fy1TDq

Where’s the irony?
He’s a minister

Hershey Filled This Student’s Car With Thousands Of Kit Kats After His Got Stolen http://on.wfmy.com/2fyakyu

National Candy Day may have been Friday, but one student at Kansas State University will be celebrating candy for the next several months.