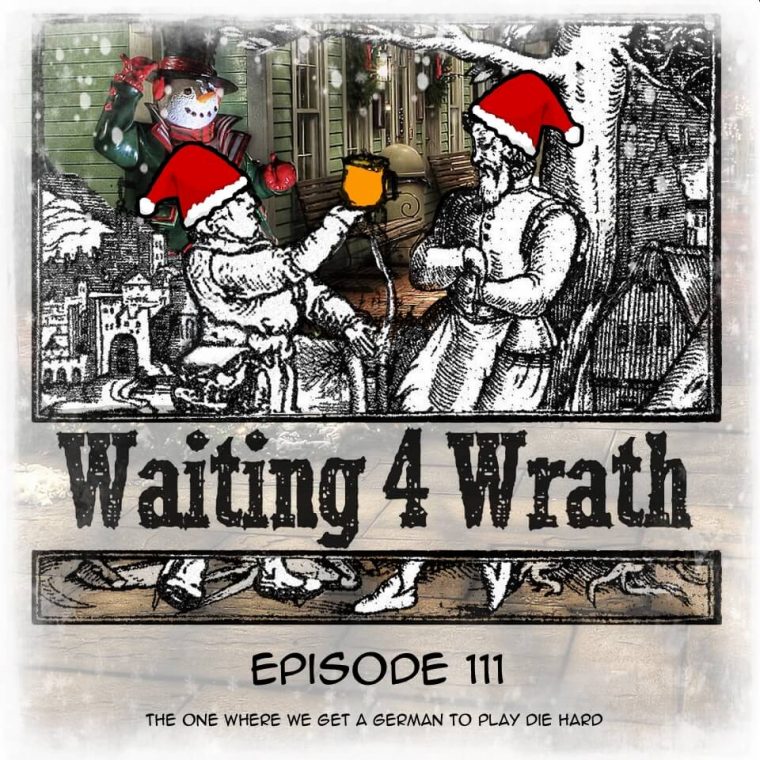 Now, grab a beer and help us test the god hypothesis — because, while Saint Nicholas hasn’t struck us down yet, he is loading his coal launcher…

Did you know that in A.D. 350, Pope Julius I, bishop of Rome, proclaimed December 25 the official celebration date for the birthday of Christ?

I disapprove of everything that’s happening right now.

And I’m Steve before we get to all that, keep this in mind. If evolution is a theory, then religion in an opinion.

Recommended by “You Can Call Me Al” and provided by Ashley

We have our first show Christmas present and card! Sherri was kind enough to send us a lovely item to be displayed in our studio. THANK YOU! And we look forward to seeing and thanking you in person at ReasonCon!

Voting for Jenn or Shea? – Jenn! By like a gabillion percent.

Thanks, We have the amazing T-boogs in the studio, say hi!

We also have my mom in the studio, say hi mom!

No new patreons or reviews. Which kind of sucks, so you know, go sign up at http://patreon.com/w4w

We lost Carl Sagan 20 years ago today, and his writing is as prescient as ever

South Carolina, not to be outdone my Oklahoma, is attempting to grab the “stupidest state” prize –  http://bit.ly/2i80cLQ

A bit of good news to go with the typical news of the stupid. Obama signs Frank Wolf International Religious Freedom Act. –  http://bit.ly/2i7YhqE

Shea’s Christmas gift to our listeners…

to the tune of Jingle Bells

Climbing through the vents,

No shoes are on his feet,

John McClain is here for them,

John McClain is here for pain and Gruber he will slay!

Hans is at the vault,

But John now has a gun,

the terrorists try and keep their cool

but get gunned down one by one.

John McClain is here for pain and Gruber he will slay!

Now were on the roof,

Nakatomi is quite tall,

and then he watched him fall.

Hans Gruber is a pancake now and John says Yipee-Ki-Yay!

Chhaupadi – banishment to a cattle shed or makeshift hut – because of so-called “impurity” during menstruation or just after childbirth for a 10-11 day confinement WITH THE NEWBORN INFANT. Chhaupadi dictates what a woman can eat, where she can sleep, with whom she can interact, where she can go, and whom she can touch while she is menstruating. This lasts between ten and eleven days when an adolescent girl has her first period; thereafter, the duration is between four and seven days each month.

The beliefs behind Chhaupadi – which are linked to Hindu religion – decree that a woman who disobeys these diktats can bring destruction and death to her family. If she touches a crop, it wilts; if she fetches water, the well dries up; if she picks fruit, it doesn’t ripent

“If we stay in the house instead of the shed, we get ill because our deities don’t approve of it,” explains Gita Rokaya,a woman from the mountainous village of Sanigaun, in the western district of Jumla.

“We don’t want to live like this but our gods won’t tolerate it any other way.”

Chhaupadi – which translates to “untouchable being” – has been practiced for centuries in Nepal, as well as in parts of India and Bangladesh, where a yearly festival in August, Rishi Panchami http://bit.ly/2i7U0DH, involves women purifying themselves with water and prayer for the “sins” they commit while menstruating.

A 14-year-old named Roshani Tiruwa died sometimes on during the night of Dec. 16th.  Aljazeera reports that Tiruwa’s body was found late the next day after she hadn’t been seen all morning. Her father called to her from outside the hut to no avail. Then, he told the Nepalese newspaper, My Republica, “We saw her dead body.”

Although Chhaupadi was outlawed by Nepal’s supreme court in 2005, the practice is still widely observed in the western parts of the country, where low development rates, gender inequality, community tradition and high illiteracy all contribute to its continuation, say activists. A 2011 report from the UN estimates that 95% of women and girls in these regions are forced to observe this practice.

We have a chat about our holiday traditions, booze and give you a few recipients!

The discussion is available on patreon for a buck but the recipes are below for all!

Rate us on iTunes.

Now, there’s a quick fancy way and a bacon way. I’m going bacon. Deal with it.

I like to use the plastic wrap to keep it all together while I’m doing it sushi mat style.

Close up the dough and trim any excess. Tightly roll the plastic wrap to make the entire thing as round and tight as possible. Like full log mode.

Chill to firm up.

Heat oven to 200C/fan 180C/gas 6. Brush the Wellington with a little more egg yolk and cook until golden and crisp.

I can not stress the need for a meat thermometer enough. Once the bread puffs up there’s no fucking way to tell when you’re at. Get a thermometer.

So this popped up in a few places this week with people outraged as you might imagine,