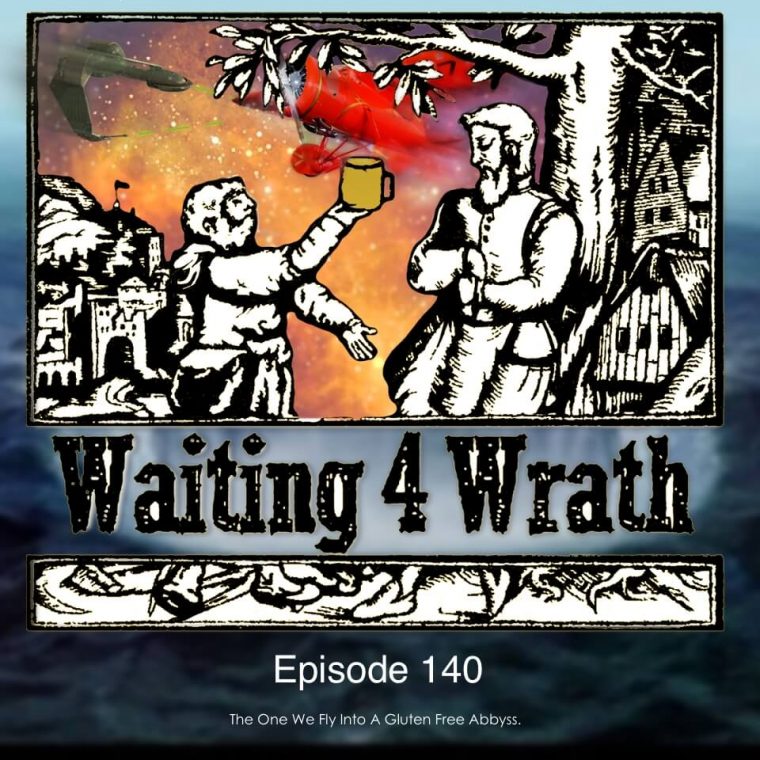 Episode 140 – The One We Fly Into A Gluten Free Abyss!

In this week’s show, episode 140, we get lost in Japan taking a sexy quiz about murdering Satan, but all the results told us is that Klingons have celiacs and the Earth ISN’T FUCKING FLAT!

Now, grab a beer and help us test the god hypothesis — because, while Lakshmi (Hindu goddess of health and prosperity) hasn’t struck us down yet, we are trying her patience!

This week I learned some interesting statistics about feminism. The average school boy will go to college to get more knowledge. While a girl will travel to Jupiter to get more stupider.

Did you know that Lakshmi, goddess wife of Vishnu, was said to have been formed in antiquity by using a mountain and a serpent to churn the cosmic ocean to milk, out of which she floated radiantly on a lotus flower? So, basically, she is the goddess of making an entrance.

By James and Susan

Mr. BearPig asked Jim to clarify/verify if ‘it’s not gay if you make a mean face’.

And Craig came through in a big Patreon way for the Chelada fiasco. He was also generous enough to make a donation to WyoAIDS.org, Big Gay Jim’s Wyoming AIDS Assistance 501c3 — which, btw is a 501c3 so you can deduct your donations. also, if you mention the show in the donation note (or whatever way you like of proving you’re you) in addition to our undying gratitude we’ll send you the patreon cut of the show for the week of your donation!

We got two voicemails this week, one to our fantastic – and textable, btw thanks as ever to Dave – Drunk Dial Line: (513) 760–0463, and another to the website’s SpeakPipe app!

I’m glad you like the chapters etc, we put a lot of effort into the final MP3 file and it’s really pretty gratifying to know that folks appreciate it! I’m not sure if we’ve had Big Rock or Village Brewery – at least not on the show – but we’ll put them on the list!

Dan, who works in child protective services, agrees with our thinking that it’s much worse for a person who is unprepared and especially unwanting of a child to have a child, vs the alternative

Closing out headlines this week we thought that, given our recent influx of listeners, we should take a moment, to sum up Wrathful Studios’ offerings.

SpeakPipe is a widget on our site and an App for you mobile. It’s a great freeway to leave us voicemails without having to pay international rates or reveal your phone number! If we use your voicemail on-air we’ll send you the patreon cut of the show it appears in!

If you make a per episode donation at http://patreon.com/w4w you’ll get a much longer cut of each week’s show – often in the form of a unique story or topic. Patrons also get exclusive access to episodes of 4 More Beers, wherein we drink a beer, do a story and generally BS our way through announcing the next four show beers.

Finally, we would be remiss to miss a mention of our store!

Waiting 4 Wrath.com hosts a fun shop where you can buy hoodies, T’s and coffee mugs – with more great stuff on the way! The T’s come in all sizes and shapes — including those meant for people with boobs! That’s right, they aren’t the loose-fitting unisex shirts destined to become shop rags, they’re quality shirts at a decent price designed to fit actual human people!

And, as ever, if patronizing us is too expensive, calling us is too personal, and buying our stuff is too kitschy, you can always take a moment to leave a 5-star review on iTunes or your podcast outlet of choice! It’s free and goes a long way toward helping us reach a bigger audience.

All Crackers Go To Hell – http://bit.ly/2uXgk9z

No, Amelia Earhart was NOT captured by the Japanese and that is NOT a photo of her.

This past week the interwebs were abuzz about a controversial theory resurfacing re Amelia Earhart. A[ new documentary on the History Channel presents the theory that the aviatrix survived her crash landing, was then taken the prisoner in Japan, and the American government has worked for years to cover it up. It’s often referred to as ‘The Marshall Islands theory’ and was largely supported by a single photograph … which a Japanese blogger seems to have verified in the Japanese national archives, immediately disproving the whole thing. 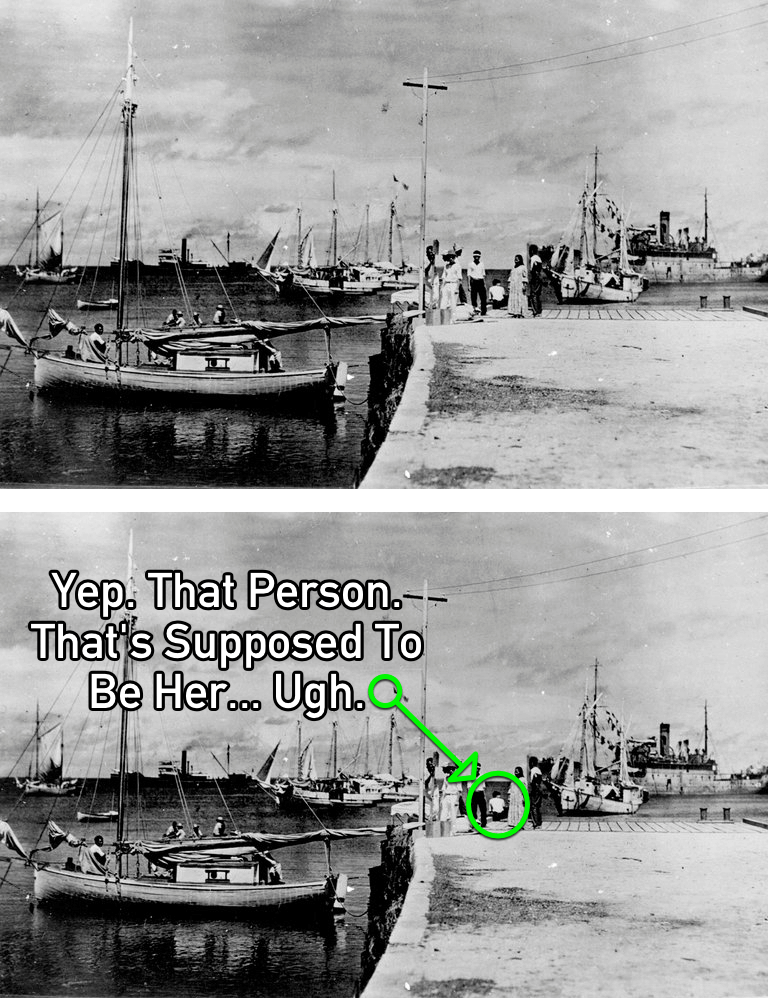 So, apparently the History Channel (home of such intellectual stimulation as Ancient Aliens, Pawn Stars and Swamp People) doesn’t like to fact check, because they are airing a special this month (to add to the list of such specials as God v/s Satan & Predator X), Amelia Earhart: The Lost Evidence. From the History Channel’s website:

Former FBI official Shawn Henry investigates new, shocking evidence that aviator Amelia Earhart was captured by the Japanese military, including a photograph that purports to show Earhart and navigator Fred Noonan alive after their disappearance. Evidence includes documents containing new information indicating that the U.S. government knew that she was in the custody of a foreign power, and may have covered it up.

“I have never believed the theory that Earhart was captured by the Japanese military, so I decided to find out for myself,” Yamano told the Guardian. “I was sure that the same photo must be on record in Japan.”

After less than an hour of research, he was able to find this exact photo—in it’s real historic context. After doing an online search using keyword “Jaluit Atoll” (the location of the wharf in the photo) and a decade-long timeframe starting in 1930. IT WAS THE 10TH ITEM THAT POPPED UP.

The picture originally appeared in a South Seas Japanese-language travel guide, that was published a full two years before Earhart even disappeared.

Provided by Shea by way of an Anonymous listener.

Colorado Springs police chief has the perfect response to a Libertarian idiot upset over a late night amber alert issued for a disabled kid. – http://bit.ly/2uXAjEY

The Khan Academy core they should all have to take http://bit.ly/2uX0dsl