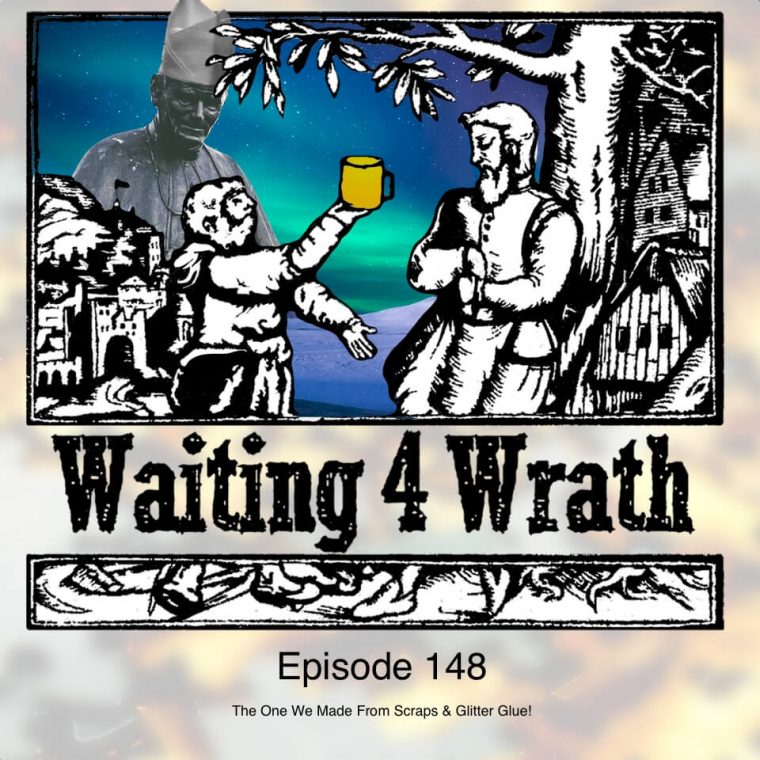 Episode 148 – The One We Made From Scraps & Glitter-Glue!

In this week’s show, episode 148, we welcome to the barfy clip show!

Proving most deities have a sense of irony – if not humor – everyone but Shea has been struck down with the barfsharts!

So, we’re going to record a quick Round Table, drink this week’s beer before we pass out, tell ya what next week’s beer is, and then let the evergreen stories run-amuck!

Over the course of the … three fucking years, really!?… we’ve been recording this show not every story has made it. Either because of time constraints, timeliness of the story, or being made for this purpose (though, I think we all foresaw using these in a vacation sense, not a sick time sense) plenty of show has landed in the radio-production equivalent of a junk drawer – the Evergreen folder!

It would be shitty not to at least say a quick thanks to Joshua – you sir, are the hero this show needs, sorry this won’t be the one you deserve! We’ll thank you properly next week. We’ll save thanks, voicemails and iTunes reviews for a time when we have more than one and a half hosts in the studio (yeah, I’m counting me as a half at the moment).

Now, sit back and enjoy these headlines, stories, chatter and whatever else I can fit on the timeline in between bouts of terrible terrible plague! Keep in mind they were recorded at widely different times and with varied degrees of equipment – which might make you more glad of our current tech eh!

HL2 – If Only More Police Sucked In This Way
http://bit.ly/2xSWUE2

HL3 – Some random ass story but also Shea was shaved at the time so… enjoy.**

Lost the notes for this one but I’m just going to guess that if you Google this crazy shit, you’ll find the story.

This first one.
It’s a good one.

Something about a Saudi Theater causes your kids to be gay. But also some singing that they probably wouldn’t approve of.

After that we’ve got what I think was a bullshit Faith In Humanity story that we supplement by throwing darts at our news feed. It’s a great… random… time! Hear it now at Patreon.com/W4W!

Thanks for listening this week, we hope you had a good time … we hope we had a good time! We’re recording this Faith and Outro as a wrapper for the evergreen content so… here’s to hoping it was good and we’ll see you all next week for episode 149!