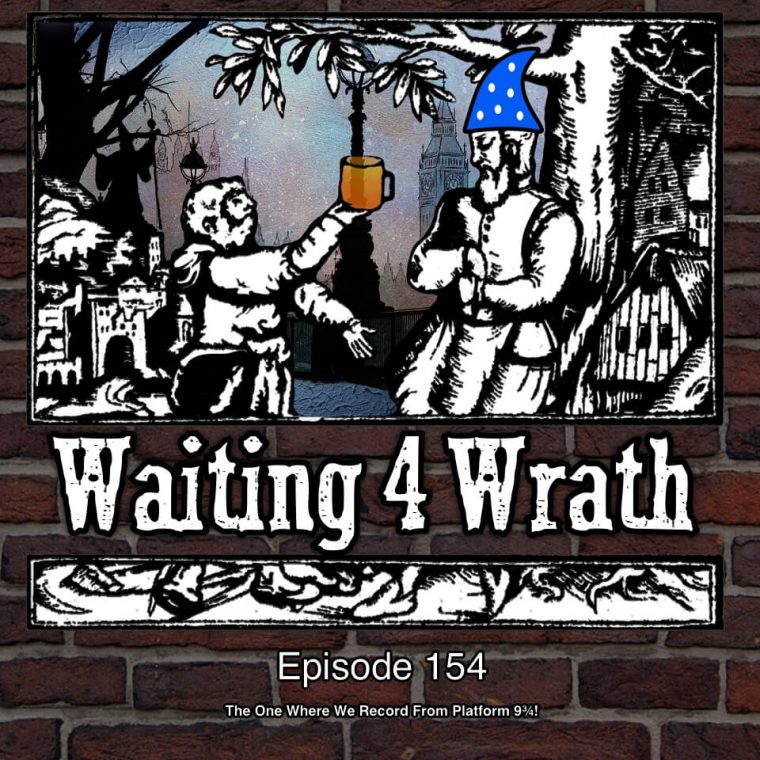 In This Week’s Show, episode 154, Jenn is gone but we did all the stories so we aren’t technically forgetting her.

Now, grab a beer and help us test the god hypothesis — because, while Chinnamasta, Hindu goddess from the esoteric tradition of Tantra, hasn’t struck us down yet, we are trying her patience!

This week I learned that those little sex houses, you know the ones with the hole for your dick that people hang on trees all the time, well I learned they’re actually for birds.

Chinnamasta is one of 10 goddesses from the tradition of Tantra and is nude and self-decapitated, usually standing or seated on a divine copulating couple while holding her own severed head in one hand, a scimitar in the other with three jets of blood spurting from her neck into the mouths of two attendants and the severed head. Oh, My.

The Lesson Jenn Would Have Chosen…

She’s a goddess of contradictions, symbolizing both a life-giver and life-taker, sexual self-control and the embodiment of sexual energy. The legends of Chhinnamasta emphasizes her self-sacrifice – sometimes coupled with a maternal element – sexual dominance, and self-destructive fury.

Before we get into the body of this week’s show I wanted to add a post-recording update regarding our show’s hosting. We were notified again this week by a few kind listeners that our show — as well as a few others like True Crime Garage, Thin Air Podcast and Court Junkie just to name a few — have again had a problem with bulk downloads of old shows. The error appears to be random and the only commonality we can find is our hosting.

We sincerely apologize for the trouble and frustration.

Please know that this is not something we’re doing on purpose, or indeed, have had any control over. The fact is, we’re quite frustrated ourselves! So much so, that we set out to change hosts. That change should be, with the airing of this episode, complete. Unfortunately, it wasn’t completed in time to avoid this most recent wave of erroneous downloads.

Going forward we’re hosting our own feed with media hosting provided by a podcast specific file host, which we hope will prevent future errors of this sort.

While it isn’t true for everyone, we have found that the majority of people affected by glitches like this are using Apple’s Podcast App.  We humbly suggest taking a look at Overcast. While Overcast, like all podcast players, is susceptible to this error, we have found it to be less so than the default Apple player. It’s available in the Apple App Store or at Overcast.fm. Overcast also displays chapter markers and unique show artwork, so in addition to being a more stable player, it might also improve your listening experience. Overcast is free to use but does have an In-App subscription to remove a minor ad. We are in no way affiliated with Overcast, we just really like it.

For those who let us know kindly, thank you!

We hope you can look past these frustrating events and continue to enjoy future episodes. Thank you for listening! Now, sit back and enjoy the show!

@GuitarKevin_ drank the beers so we don’t have to … wait… this blonde’s for you!

Just a reminder that we’ve got our wiggly widgets – that one is for you Tim – on the website. Visit interestingiftrue.com can click the Amazon logo to do your usual shopping and, without spending a cent more, make a donation to us!

Speaking of Tim, you can find him over on our buddy-show, Atheism 101!

From the faith peddlers who brought you ATM-style donation trays and terrible soul-saving crisps comes the next step in spiritual virtualization! The Crypto-Christ-Coin.

Nope. That’s not a typo.

We’ll teach you everything you need to know about buying, selling, and understanding your very own digital deity dollars on Patreon.com/W4W!

Find out how that all went right now at Patreon.com/W4W!

Thanks, Tim & Keith, you guys are amazing!