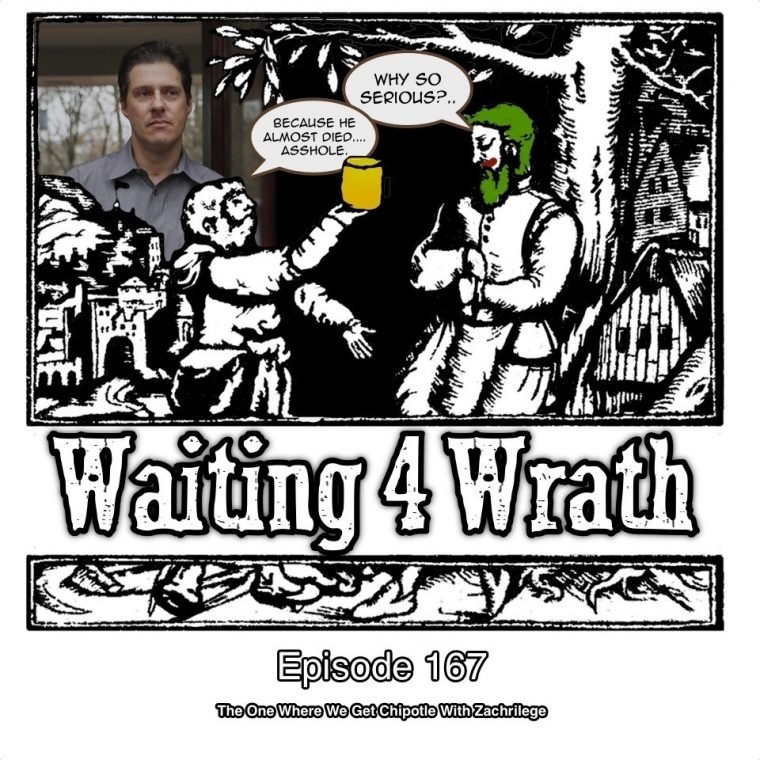 Episode 167 – The One Where We Get Chipotle With Zachrilege

In This Week’s Show, Episode167, I forget to write an intro because we were recording the 15th episode of 4 More Beers – Available now at Patreon.com/w4w

Now, grab a beer and help us test the god hypothesis — because, while ERESHKIGAL, underworld goddess of death, darkness, and dust hasn’t struck us down yet, we are trying her patience!

This week I learned that only a fool would buy furniture from IKEA. Instead of going online and downloading the instructions and keep emailing the service department to say that you’re missing a piece, until they ship you all the pieces over a six month period.

Very funny, definitely brings me out of a bad mood. I really love listening to their senses of humor!!!

Teens are daring each other to eat Tide pods.

Town in New Jersey to fine nonresidents for driving through town

Turkish Scientist: Noah Called His Son on a Cell Phone Before Boarding the Ark – http://bit.ly/2DiADFm

A Harlem-based social activist by the name of Frederick Joseph has made it his business to take 300 underprivileged children from The Boys and Girls Club of Harlem to see the Black Panther.

Via his GoFundMe page, which sought to raise $10,000 for the cause, Joseph says, “The release of Marvel’s film the ‘Black Panther’ is a rare opportunity for young students (primarily of color) to see a black major cinematic and comic book character come to life. This representation is truly fundamental for young people, especially those who are often underserved, unprivileged, and marginalized both nationally and globally.”

He goes on to explain that the lofty goal of the fundraiser will cover the cost of the private screening at Harlem’s Magic Johnson theater, refreshments and chaperons. All donors will receive a copy of the receipts verifying the expenditures, and any left over money will be donated directly to the organization.