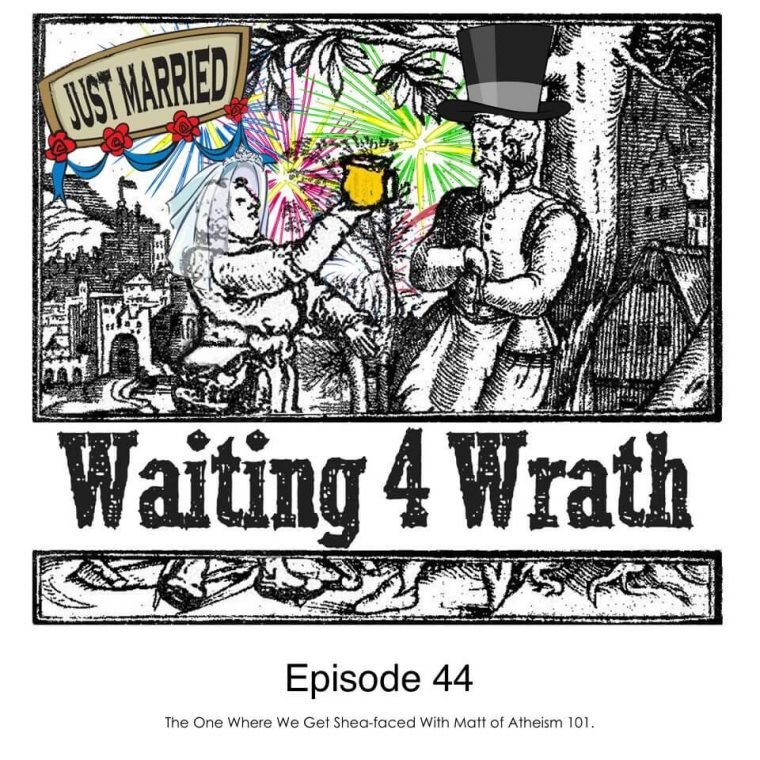 Grab a beer and help us test the god hypothesis — because, while Mok Chi hasn’t struck us down yet, we are trying his patience!

This week I realized that somewhere out there is a man who has jacked of more than anybody else in the world. Also, I believe that man is Aaron…

Shea is now a newlywed and can call out of work for a year! According to Deuteronomy 24:5: When a man takes a new wife, he shall not go out with the army nor be charged with any duty; he shall be free at home one year and shall give happiness to his wife whom he has taken.

In this weeks show, episode 44, the Pope uses his special 19-inch wand to abort an evil Bangladeshi spirit before it taints a Christian Colleges holy milk.

And joining us this week is Matt from Atheism 101.

A big thank you to Beth and Heretic Woman from Atheists on Air: Beyond the Trailer Park for having us on last week. Check out there show, you can find it on iTunes and where awesome people are heard on the internet. As a reminder Beth could really use your help because of some health stuff, so check out her GoFundMe at bit.ly/aoafund.

Speaking of other atheist shows as we approach our 50th show we’d love to play a promo for your show or event. Introduce yourself on the socials or through email with an up to 30 second promo and we’ll give you some air time! If you want you promo on an earlier show, you can always bribe us an iTunes review…

Finally, we’ve been made aware that no one knows we have a patreon page. So if you need another 15 to 45 minutes of Shea being a drunk asshole, check us out at patreon.com/W4W

A Christian College President Resigned Due to “Health Concerns”; He Was Actually Caught Having an Affair

Pope decrees that priests can use discretion in absolving women from the sin of abortion.

Apologetics and beer with Matt of Atheism 101!