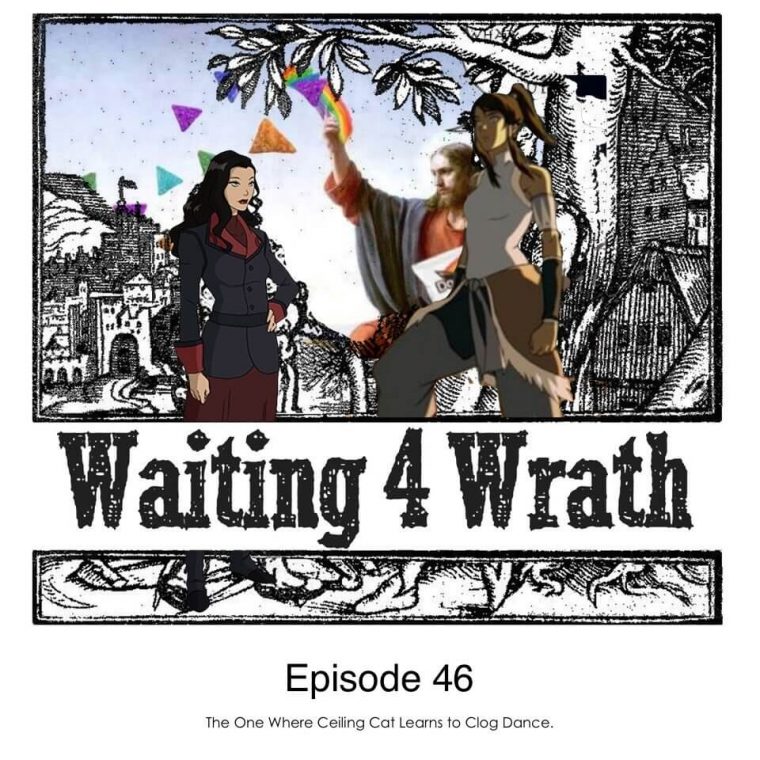 Episode 46 – The One Where Ceiling Cat Learns to Clog Dance

Seriously, sorry about the lumps and bumps, the freshmen-gremlins above the studio were restless…

Now, grab a beer and help us test the god hypothesis — because, while Egyptian Goddess Bast hasn’t struck us down yet, we are trying her patience!

When faced with a horrible Monday, remember: left foot, right foot, repeat as needed. It’s like lather, rinse, repeat…but all Zen and shit. And every Friday, remember to wish your coworkers a Happy POETS day. Just don’t tell them it means Piss On Everything Tomorrow’s Saturday.

This Saturday is Yom Kippur. It is also called Day of Atonement and is the day when Jews ask for forgiveness and look to the future. It is the holiest day of the year in the Jewish calendar. I’m truly sorry Shea isn’t here to sputter some Hebrew.

In this week’s show, episode 46, we’ll spank a bag of Doritos until our lady bits go deaf.

Thanks to the patrons!

A special massive, extra awesome thank you to the guys at Atheism 101, a dick joke telling podcast that actually does its homework; and to an awesome listener and generally badass person Susanne!

Just a reminder that if you want to kick as much ass as these two ass kickers — and get all manner of bonus content — sign up at patreon.com/w4w!

Finally, a few of you have asked about the beer song. That’s The Beer Song from Elbowskin, an awesome pair hilarious musical Aussies. Thanks again to Elbowskin for graciously allowing us the use a bit of their hilarious beer song! Find more of their brilliance at elbowskin.com.au

This week we’re taking a slightly different route. Think of this as a ‘Very Special Episode of Waiting 4 Wrath” but instead of 80’s cartoon characters telling you to beware of drugs, you have Big Gay Jim and myself discussing a couple of prepared topics. So tonight, Jim and I don’t have a specific news story to discuss, but instead, we’re bringing attention to certain issues that are important to us.

A brief window into their thoughts on the ladies. Women’s roles in the major religions:

A good resource on violence against women (religious origins or not) is vawnet.org. The site also has a breakdown on different prominent religions sects and some of the more prevalent destructive aspects of their teachings: http://bit.ly/1NWldFN

Skype interview with Julia of