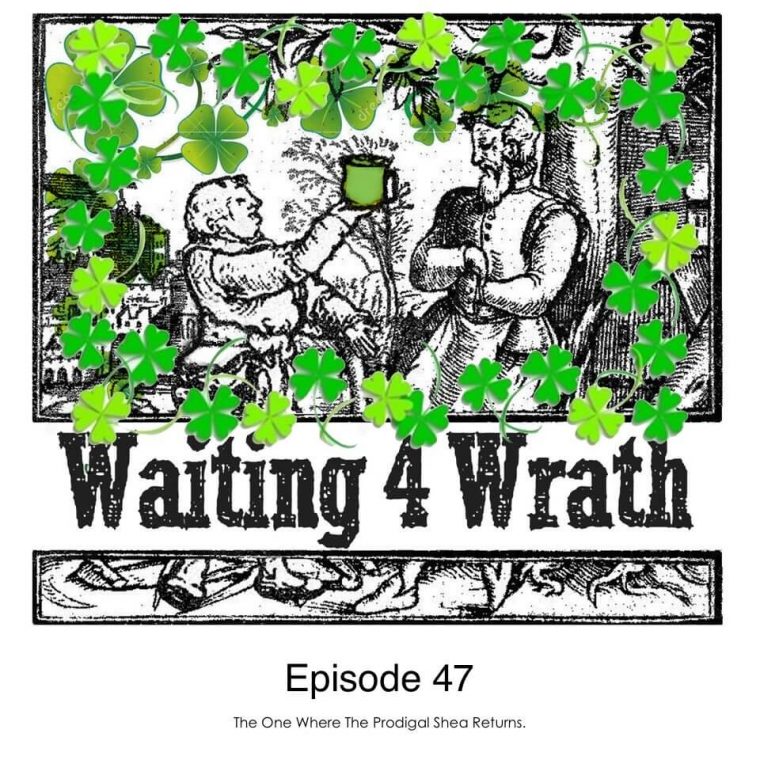 Episode 47 – The One Where The Prodigal Shea Returns

Waiting 4 Wrath – Episode 047 – The One Where The Prodigal Shea Returns.

Grab a beer and help us test the god hypothesis — because, while Moon Goddess Selene hasn’t struck us down yet, we are trying her patience!

The Spanish version of Yolo, is socks. So, #socks!

This week New Zealand denied a request from the Jedi Faith for tax exemption, stating it is “not religious enough”. Poor Star Wars nerds just can’t catch a break.

In this week’s show, episode 47, Shea returns from his Nessy hunt with only some gay Pope spit to show for it.

Hugh Mann gave us a generous donation via Patreon. If you want to be a bad ass like Hugh, check us out at http://patreon.com/w4w

For anyone in our general area: Shelley Segal will be live in Laramie at the Grounds, 6 pm Saturday, October 24th.

First things first, a very generous listener Ben from Pensel-tuckey has sent us a sixer of his homebrew Cowering Alterboy Stout, an Imperial Coffee Cream Stout.

Catching up with your hosts – The return of the Shea.

One Million Moms want The Muppets taken off the air