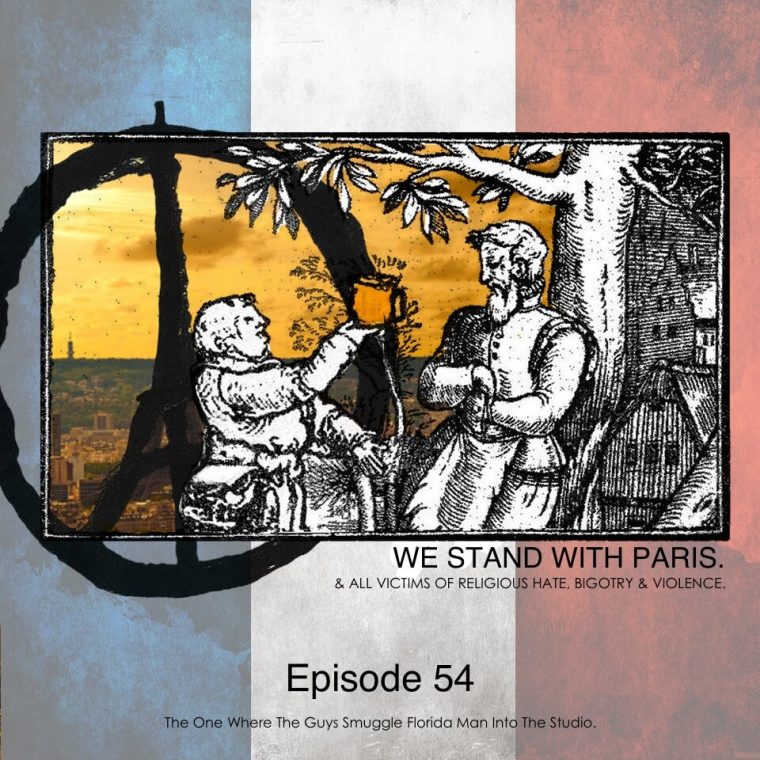 Grab a beer and help us test the god hypothesis — because, while Frigg hasn’t struck us down yet, we are trying her patience!

Did you know that the Eagles of Death Metal have nothing to do with Death Metal? Their name comes from a member wondering what crossing the Eagles with death metal would sound like.

In This Week’s Show, episode 54, We travel to Utah to help a drunk Florida cop confiscate a colander from some gay parents at a death metal concert.

Thank you to patrons for the new headphone amp. It was purchased entirely through listener support and will make our lives in the studio sooooo much easier! Speaking of, we have some to thank for signing up with us! Willow and Robert have become patrons because they’re awesome and Alan has become our newest beer club member! Thanks Alan, this beers for you! (and if you want to see your beer ratings on the site or have them read on air make you send in your tasting notes! Beer club!

SON Network discussion. Atheism 101 & Matthew the Apostle did a show together, check that out at Atheism 101 — Matthew calls out Jenn for having a better score than her… if in the wrong direction (–3000).

Speaking of SON shows, Paul’s Quranify Me is now The Q! Same great show, way more great greatness, check out Paul and rest of us at SecularOutreach.com

Follow up thanks to the amazing Shelley Segal for visiting with us and recording a special song for listeners… and two special songs for patrons!

Catching up with the hosts:

Sorry all, time constraints mean that this weeks story is only available as patreon content. Visit Patreon.com/W4W to subscribe.

Aaron & Steve are back from vacation, how’s Florida?

#PorteOuverte: Parisians Open Their Doors to Strangers Stranded by Attacks