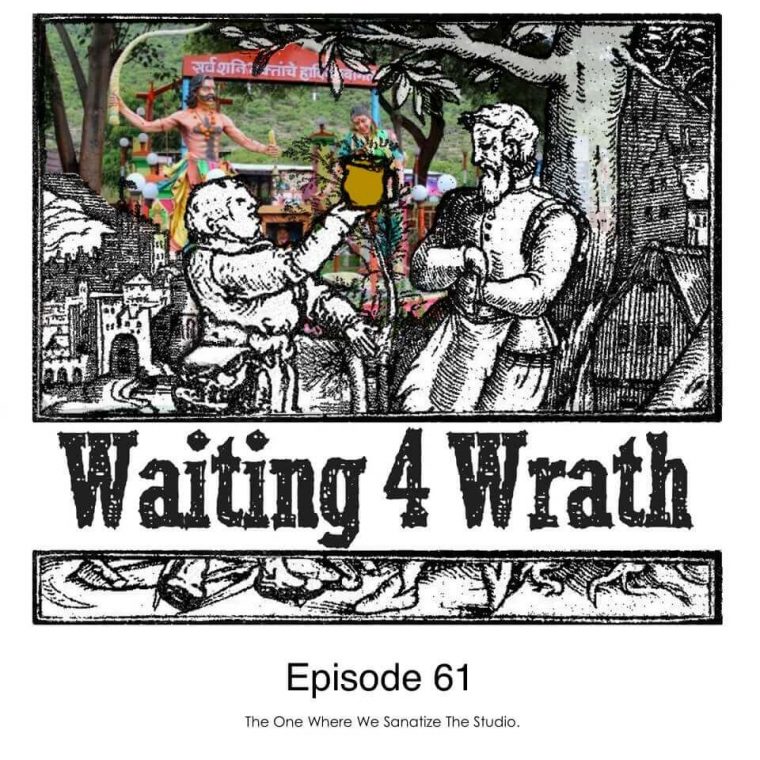 Episode 61 – The One Where We Sanatize The Studio.

Now, grab a beer and help us test the god hypothesis — because, while Allah hasn’t struck us down yet, we are trying his patience!

With a new year and all that come with it, I thought I would put my adulting pants on and figure some stuff out, so I started with some financial planning and it looks like I can retire at 62 and live quite comfortably for eleven minutes.

Did you know we in America are approaching Religious Freedom Day? January 16th, iis the anniversary of the 1786 passage of the Virginia Statute of Religious Freedom. That statute became the basis for the establishment clause for the first amendment of the US constitution.

In This Week’s Show, episode 61, Y’allqueda uses cow piss to clean their inter-vaginal sound system after getting a boner-boo-boo.

No new patrons or iTunes reviews.

Next week we have special guest Chris Matheson, author, screenwriter and director. He has a recently published book called The Story of God. He’s been on a few of our sister shows and seems like a fun and interesting guy.

The last two beers come from Savannah’s own Southbound Brewing Company. This small brewery is less than three years old but they make superb beer. I got a little repetitive by offering y’all another coffee stout, but “Moonlight Drive” is really excellent. It is heavy on the coffee (also a local brand from Savannah’s Perk Coffee Roasters) but really drinkable. The mouthfeel is lighter than you’d imagine and the finish is really smooth. It’s another face-in-the-carpet beer at 8.5%ABV.

How Much Power Do You Need To Destroy A Planet? – http://bit.ly/1PTuMFT