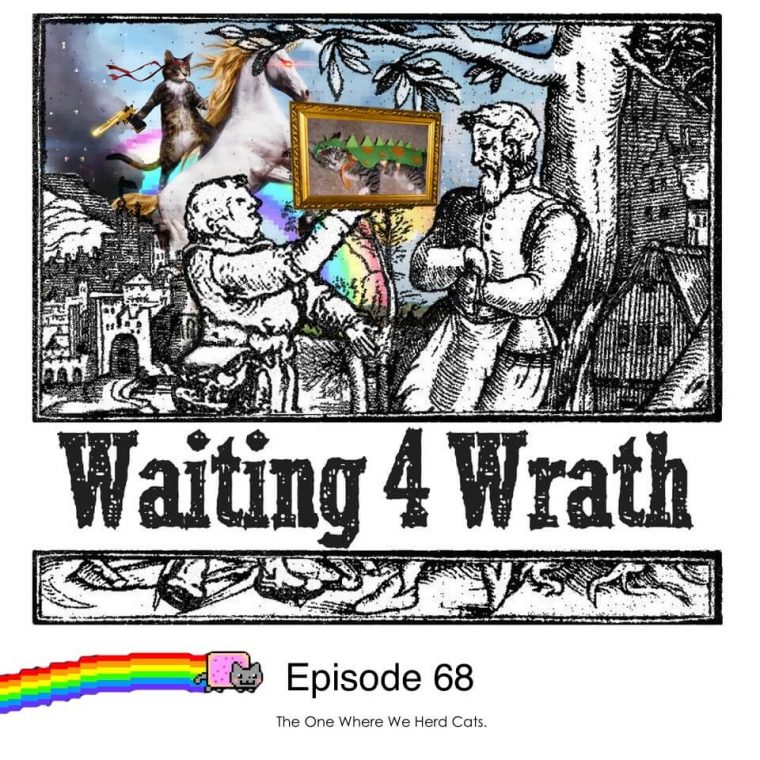 Episode 68 – The One Where We Herd Cats

In this week’s show, episode 68, an Iraqi school board replaces basic civics classes with anti-lgbtq witchcraft workshops to protect the Bundy’s religious feelings.

Now, grab a beer and help us test the god hypothesis — because, while Antaeus (an-tee-us) hasn’t struck us down yet, we are trying his patience!

Did you know because the Bible is the world’s number one bestseller, it is also the most shoplifted book in the world

This week is Terrapin Brewing Company in Athens. The first is a yearly seasonal called “Cinnamon Rolled Wake ‘N Bake.” Terrapin has a regular seasonal known as “Wake N Bake,” which is a coffee oatmeal stout. They trot the recipe out as a seasonal special and add the cinnamon to it. Terrapin is famous for making stoner-inspired beer like Liquid Bliss (chocolate peanut butter porter, and my wife’s favorite all-time beer) and having crazy names like Guano Loco (“batshit crazy”) but this 9%+ ABV baby is pretty well-crafted. The coffee comes from a local Athens establishment called Jittery Joe’s. Hippies love that local vibe!

We have a very generous new Patron, Jeffrey. Thank you so much for your pledge to make the show even better and welcome to the Wrathful Beer club.

We have no new iTunes reviews…

Hitler had a micro-penis? Do we make a mention of this for the comedy of it? This is supposition and it’s not a for-sure thing.

Scott from Literally a Podcast is joining us next week to talk about beer and whatever else comes up… Thanks again for the beer this week and next.

We’re moving our studio in the middle of March so be prepared for the potential of missed deadlines fucked up the show, etc.

Last week was a pretty shitty week legislatively. South Dakota became the first state to pass a bill forbidding transgender people from using bathrooms of the gender they identify with.

Ohio governor and failing GOP candidate John Kasich signed a bill to defund Planned Parenthood in the state. He also made the news THIS week for thanking ‘the women who left the kitchens to support him’ for allowing him to be elected in the 70’s.