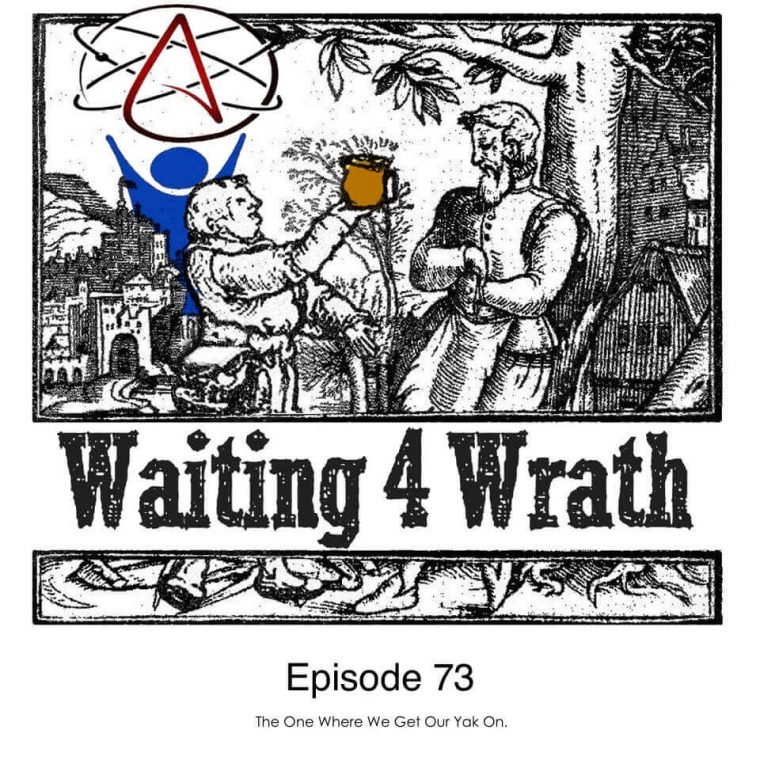 Episode 73 – The One Where We Get Our Yak On

In this week’s show, episode 73, the Secret Service put up billboards in Georgia to stop the NRA’s next 500 round rap battle.

Now, grab a beer and help us test the god hypothesis — because, while Coyote hasn’t struck us down yet, we are trying his patience!

Did you know that Jesus was the Son of Jehovah God and died on the cross for all our sins?

We have a new Patron, KingTorm!

If you want to rule the kingdom of our hearts (awww) visit http://patreon.com/w4w and get yourself some extended episodes!

They’re great. It’s fun. I don’t drink beer but have started wanting to! Awesome group of peeps. They’ll keep you entertained and informed.

A couple of great things about this weeks’ episode 71. We stopped at a store just to get the Rare Vos and loved it. Have you tried the Tripel Perfection by the Omme Gang? I know you didn’t like the Three Philosophers, but this was good I thought. Also, loved that The Great A’Tuin and Discworld got a shout out. We need to keep the genius that is Sir Terry Pratchett alive! Love the show!

Ga’ damnit! A rewrite of my previous review seemed entirely necessary. This is one of the finest podcasts out there and all four of the co-hosts offer a real balanced approach to all topics from God-fear to beer! Shea can eat a big bowl though. If you are listening to W4W, please do, cuz it’s good for you. Once again the Booges approves.

Sure, I guess. Whatever. It was… well the fireworks were great. But what was so wrong with it? Here’s two quick videos that might explain the epic shortcomings of Dawn of Justice:

It’s no that it was that bad a movie, it’s that it was unremarkable. A tragedy when one thinks about the effects on cinema, animation and story telling of Supermen past.