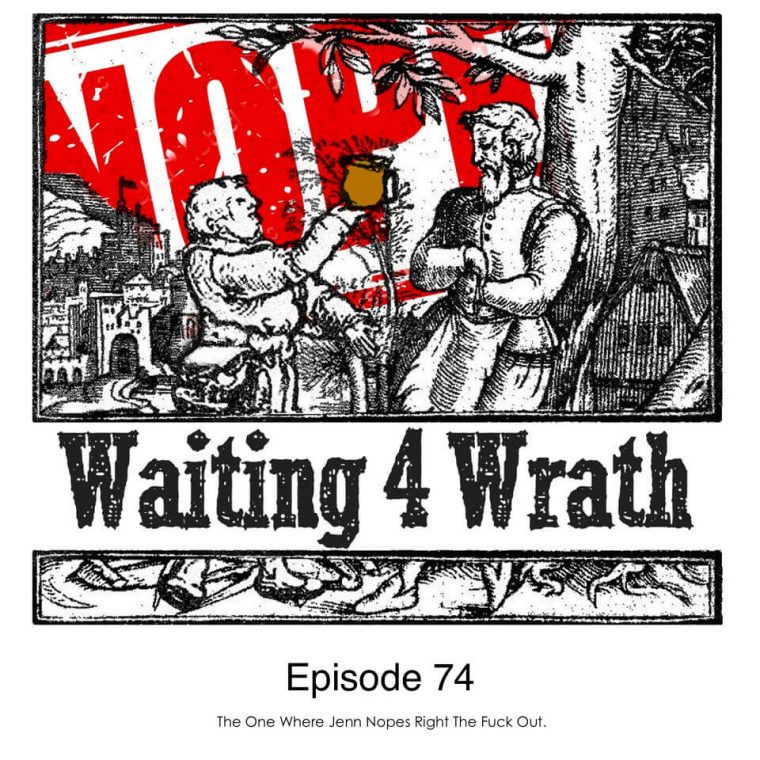 Episode 74 – The One Where Jenn Nopes The Fuck Out

In this weeks episode, episode 74, we do stuff and things. Don’t worry about it. Shea is your spirit animal. Deal with it.

Now, grab a beer and help us test the god hypothesis — because, while Kim Jon Un hasn’t struck us down yet, we are trying his patience!

This week I learned that filling a whoopee cushion with gravy adds a hilarious dimension to a rather tiresome joke, on another note, I may have jeopardized my job last Friday…

Converting to Islam requires three main things: a formal statement of faith (shahadah) in front of one to three witnesses; proclaiming there is only one God, that Muhammad is God’s prophet; and converting freely, not by force.

Many thanks to another new patron, Dr. H. You’ve joined the ranks of the best people in the universe.

Hoppy, with a smooth finish

“Funny, intelligent, humanist conversation about our bizarre times. And Beer.”

We were part of the AtheistAvengers.fm relaunch. Find us on April 10th alongside:

Scheduled For Release Sunday the 10th of April

Mother Who Wanted Haunting Photos Of Her Dead Daughter Charged With Her Murder – http://bit.ly/1Sc2KCa