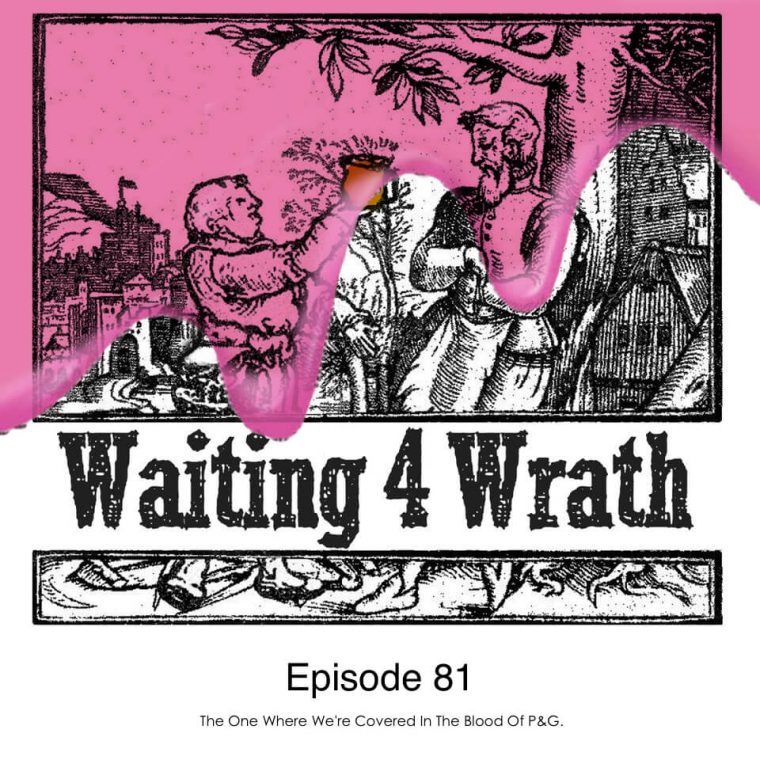 Episode 81 – The One Where We’re Covered In The Blood of P&G.

In This Week’s Show, episode 81, we talk about stories. Fuck you. Be glad I’m even here.

Now, grab a beer and help us test the god hypothesis — because, while Ninazu, Sumerian god of the underworld and healing, hasn’t struck us down yet, we are trying his patience!

This week I learned to use a meat thermometer, unfortunately it wasn’t until after I poisoned half of the crew

Did you know that hindus have the highest rates of educational attainment in the U.S. among religious communities? 48% of all hindus have a post-graduate degree.

I’m your bonus host, in the hopes that someone won’t get sick halfway through. I hope that doesn’t make me the bathroom police, because North Carolina must not win.

Shea tried to murder us all with sausages

No new iTunes reviews this week.

No new Patrons this week, so sign up at http://patreon.com/w4w for longer shows released earlier!

We are recording with Bobby C and Miss Ashley of No Religion Required later today, so it will have aired before this airs, if you missed it and need another hit of W4W this week, follow the link in the notes and give it a listen.

This Christian is Selling Child-Beating Sticks (But He Doesn’t Want the Internet to Find Out) – http://bit.ly/1P1K3WF

‘How To Beat Your Wife?’ Aired On Saudi Arabian National Television [Video] – http://bit.ly/1U9JLJk

Everyone deserves to live free of stigma, persecution and discrimination — no matter who they are or whom they love. Today is about ensuring that all people — regardless of sexual orientation or gender identity — feel safe and secure and empowered to freely express themselves.”

Deadpool remix for Matt & Tim over at Atheism 101: https://www.youtube.com/watch?v=6LgeDhT1naA