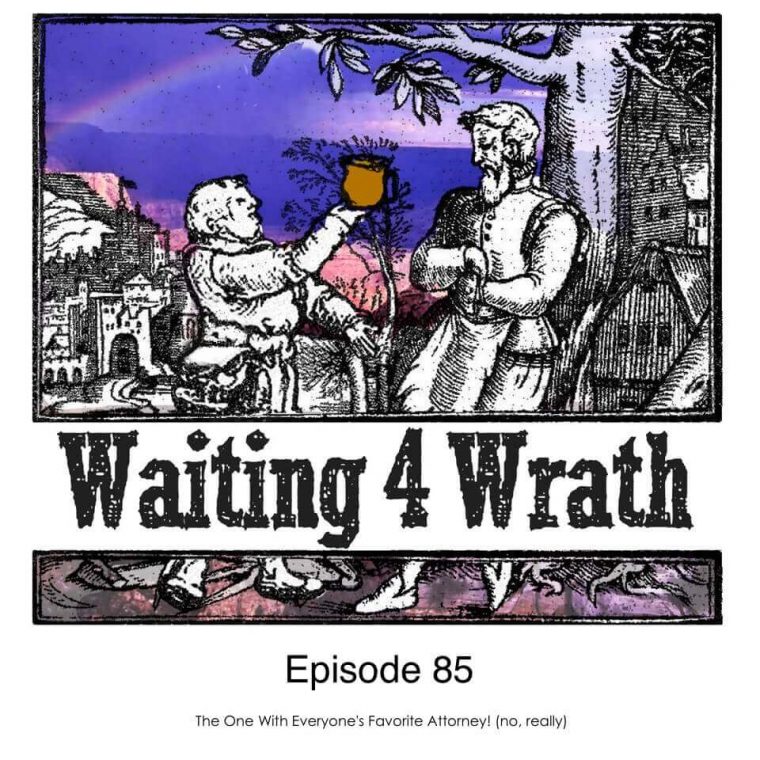 Episode 85 – The One With Everyone’s Favorite Attorney

In This Week’s Show, episode 85, it’s my birthday!

Now, grab a beer and help us test the god hypothesis — because, while Höðr, blind god and the brother of Baldr hasn’t struck us down yet, we are trying his patience!

This week I learned that there are more shark attacks during shark week that any other week and I believe that is because sharks hear us chanting shark week and think we are saying shark W-E-A-K and it upsets them.

The Fab is back!

Aaron’s Birthday was Tuesday so if you haven’t left us an iTunes review there is still time for a late birthday present.

The second half of the show we will be joined by Andrew Seidel, from the FFRF. Check out what he does at andrewseidel.com and be sure to check out his forthcoming book “Un-American”

Don’t forget to use our Amazon link when you buy Andrew’s book!

We received an email from James who was a bit frustrated with our mention of the Orlando shooting tragedy last week. Specifically because we “glossed over the shooter’s religious motives and blamed guns” which angered him greatly. Now don’t misinterpret this, because James is an extremely thoughtful guy and we really appreciate his comments. We want to let our listeners know that we recorded last Sunday morning, only a few hours after the news of the event unfolded, so we didn’t have a lot of information regarding the specifics at that time. Jenn said it best in her reply to James regarding the shooter:

Raised Muslim but probably secretly and shamefully gay, intensely violent anger issues, phoning-in an allegiance to ISIS (And at least two other feuding factions of Islamic terror groups; the killer obviously did not do his terrorist homework before pledging fealty. What a fucking dumbass.), documented violence against women and at the workplace, etc. But you are right to have called us out on what you heard; the last impression we ever wish to make is that we are being flippant with anything like this. We are staunchly pro-LGBTQ and in no way religious apologists (Islamic, Christian or otherwise) and I regret that we may have come across less than completely appalled by all the levels of this tragedy.

I’m a fan and patron of the podcast, and my husband, son, and I all enjoy your drinking, griping, laughing, and bickering every week. I heard the recent episode with Tom and Cecil from Cognitive Dissonance (another podcast I enjoy). They were bashing Wyoming and Laramie in particular — as they do with every place in the world, pretty much. It go me thinking about Laramie and its history, particularly its infamy re Matthew Shepard. I also know a book came out that complicated the history and the murder’s cause. This article gives a good overview: http://bit.ly/28SeCAd I’m wondering how you feel about Laramie and what has said about it. Is this mostly forgotten history or does it still impact how people see Laramie? Is there a large gay community, serious homophobia, a drug problem? I realize this isn’t about religion, but I thought it might make an interesting commentary for listeners re issues of diversity and how a city resonates. As a former Chicagoan stuck in the Nashville area, I know only too well how TN is seen by progressives and why. We just passed a bill allowing counselors to show prejudice against LGBT clients and almost passed one making the bible the TN state book! Anyway, thanks for reading and considering this. Cheers, Elyce

Jim will reply on air to the questions but we wanted to make sure the following links made the show notes for anyone curious:

At the Freedom From Religion Foundation, Andrew works to ensure that the government obeys the First Amendment and that Jefferson’s “Wall of Separation” between state and church remains tall and impregnable.

Lt. Gov. Cox speaks at vigil for Orlando: ’My heart has changed – http://bit.ly/28TMefY