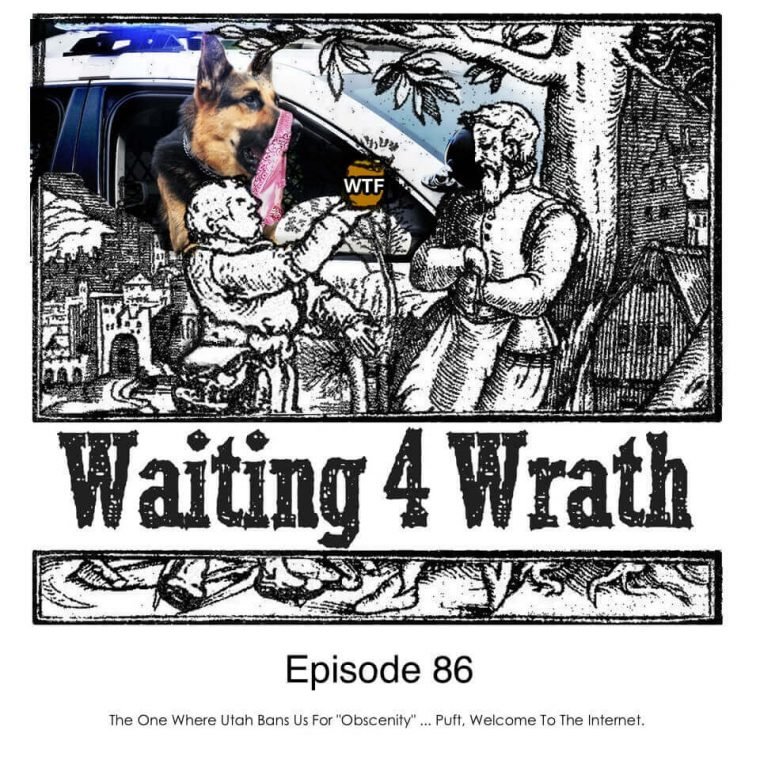 Episode 86 – The One Where Utah Bans Us For “Obsenity” … Puft, Welcome To The Internet.

Now, grab a beer and help us test the god hypothesis — because, while Xipe Totec hasn’t struck us down yet, we are trying his patience!

In honor of the 4th of July this weekend, today’s fun fact is a quote from (non-Christian) founding father John Adams:

We should begin by setting conscience free. When all men of all religions … shall enjoy equal liberty, property, and an equal chance for honors and power … we may expect that improvements will be made in the human character and the state of society.

No new iTunes reviews or patrons which is super sad. If you want to leave us an iTunes review we’d truly appreciate it. Better still you could get yourself some extra wrath each week at Patreon.com/W4W!

A very special congratulations to Rebecca & Dave for their 9th anniversary! Here’s to many more years together … and I suppose with Dave too

We appreciate the feedback and the enunciation! Google Voice got like, 99% of the message right. Steve and Aaron were both very impressed.

“If this is your God, he’s not very impressive. He has so many psychological problems; he’s so insecure. He demands worship every seven days. He goes out and creates faulty humans and then blames them for his own mistakes. He’s a pretty poor excuse for a Supreme Being.”

TX and other Southern states are probably in the midst of losing their goddamn minds. The Supreme Court ruled as of recording today that H.B. 2 Texas law was unconstitutional.

The 2013 Texas law that the court struck down would have required all abortions to take place in ambulatory surgical centers, or mini-hospitals, instead of regular clinics.

Ginsburg kept her argument simple: Abortions are statistically safer than many simpler medical procedures, including tonsillectomies, colonoscopies, in-office dental surgery and childbirth — but Texas does not subject those procedures to the same onerous requirements.

Given those realities, it is beyond rational belief that H.B. 2 could genuinely protect the health of women, and certain that the law ‘would simply make it more difficult for them to obtain abortions,’ Ginsburg wrote. “When a State severely limits access to safe and legal procedures, women in desperate circumstances may resort to unlicensed rogue practitioners … at great risk to their health and safety.

So long as this Court adheres to Roe v. Wade and Planned Parenthood of Southeastern Pa. v. Casey, Targeted Regulation of Abortion Providers laws like H.B. 2 that ‘do little or nothing for health, but rather strew impediments to abortion,’ cannot survive judicial inspection.

The Texas abortion law has already shut down about half of the 42 clinics that operated across the state in 2013 before it went into effect, leaving large swaths of rural Texas without any abortion provider. Women without access to safe and legal abortion in the state have already started to buy abortion pills from Mexico and take matters into their own hands.

Enjoy an awesome decision from an awesome lady, by coloring her in! Ruth Gator Ginsberg Coloring Book – http://bzfd.it/299jqQO

Suggestion from the homo, badass granny stand up comic: http://bit.ly/299jUq8